My Venera Dreams story “The Hecate Centuria” will be reprinted this October in Three-Lobed Burning Eye, Volume VI, edited by Andrew S. Fuller.  The anthology can be pre-ordered at the 3LBE store.

StoryBundle curator Douglas Smith interviews me to promote the release of the Exclusive Dark Fantasy & SF StoryBundle (available only until 9 September 2020), which is comprised of eleven titles orphaned by the CZP implosion, including my first two books, Objects of Worship and The Door to Lost Pages. 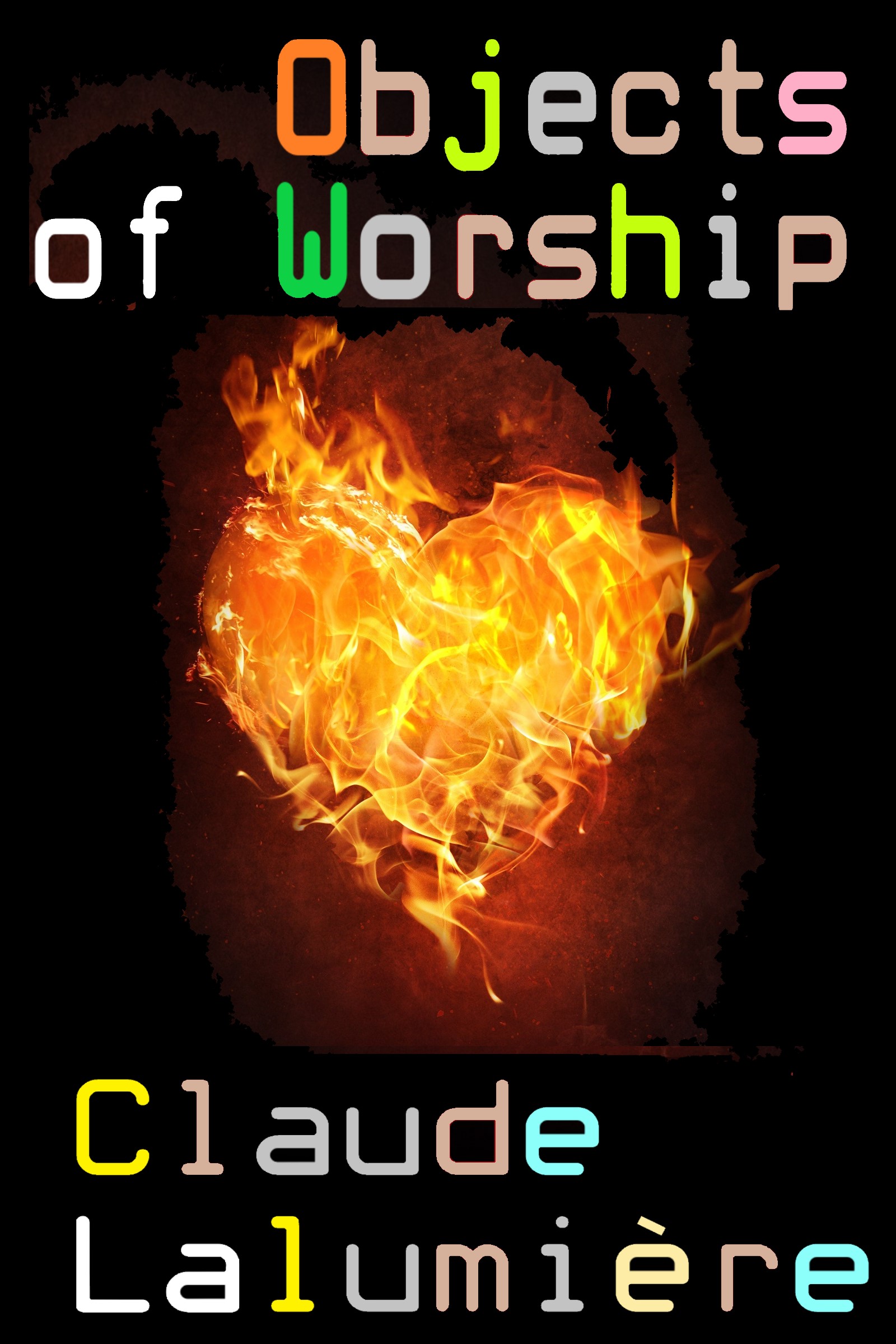 In support of authors affected by the recent CZP scandal and implosion, Jason Chen of StoryBundle and Douglas Smith have put together The Exclusive Dark Fantasy and SF Bundle, which will be available only for the next three weeks. My two (former) CZP titles — Objects of Worship and The Door to Lost Pages — are now otherwise out of print, and they’re both in this bundle. Also included are titles by Derryl Murphy, Chadwick Ginther, Paul Di Filippo, Nick Mamatas, Tone Milazzo, Matt Moore, and Douglas Smith. Details at StoryBundle. 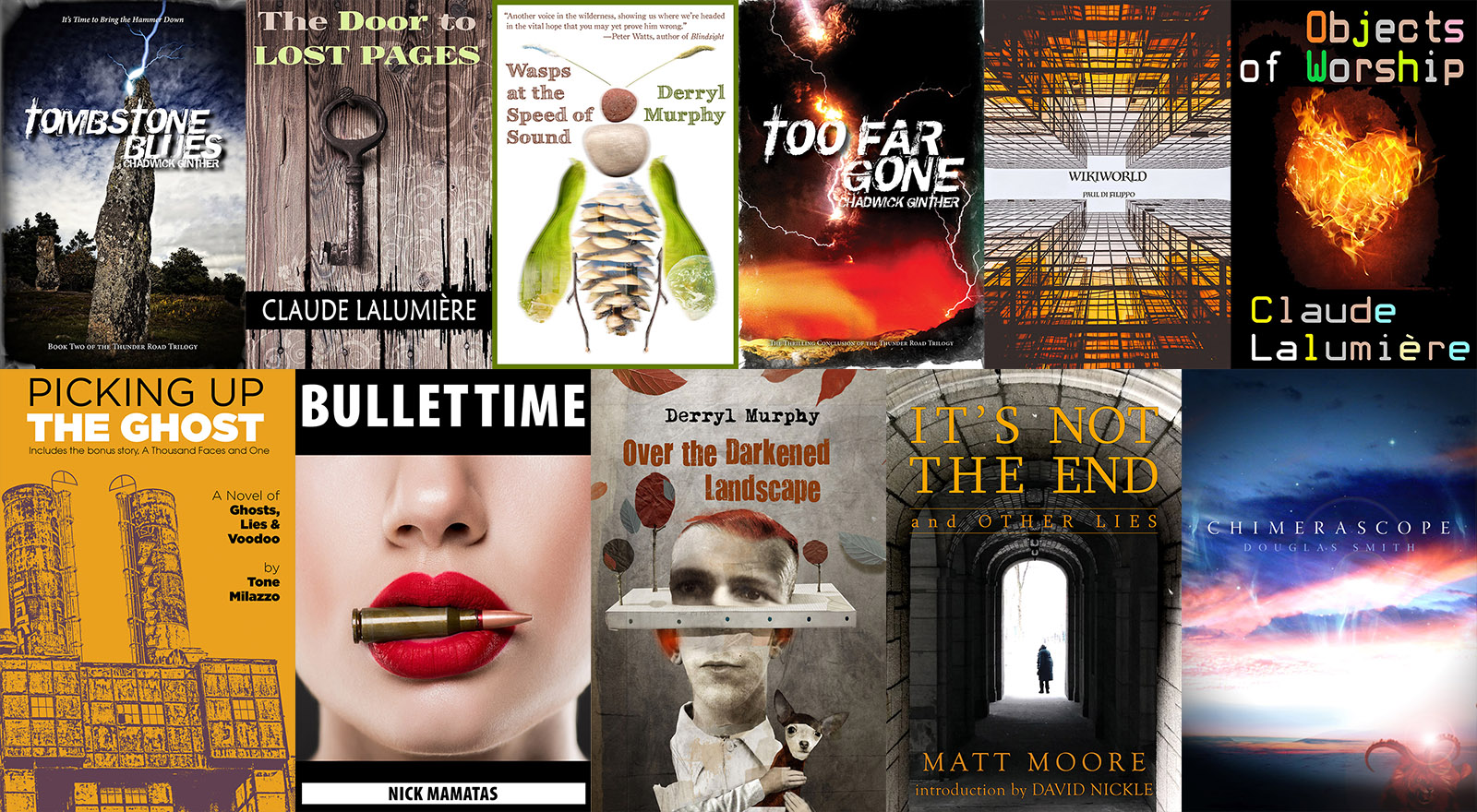 I’ll be one of the participants in the inaugural FutureCon, which will be held online 17-20 September 2020 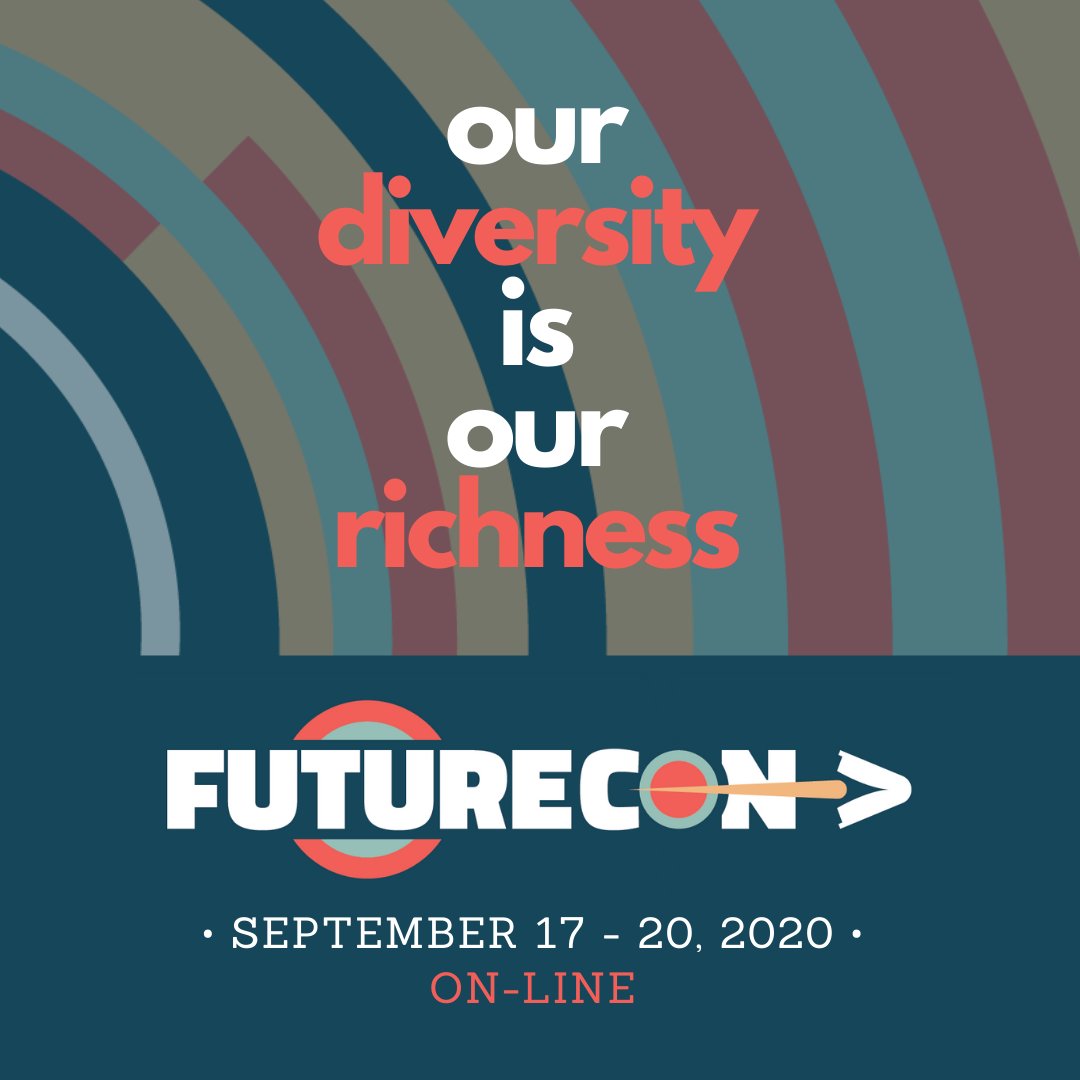 “Off the Road” — a new episode in my noir serial The Problems of Vernon Tevis — appears in Rock and a Hard Place #3 (spring/summer 2020). 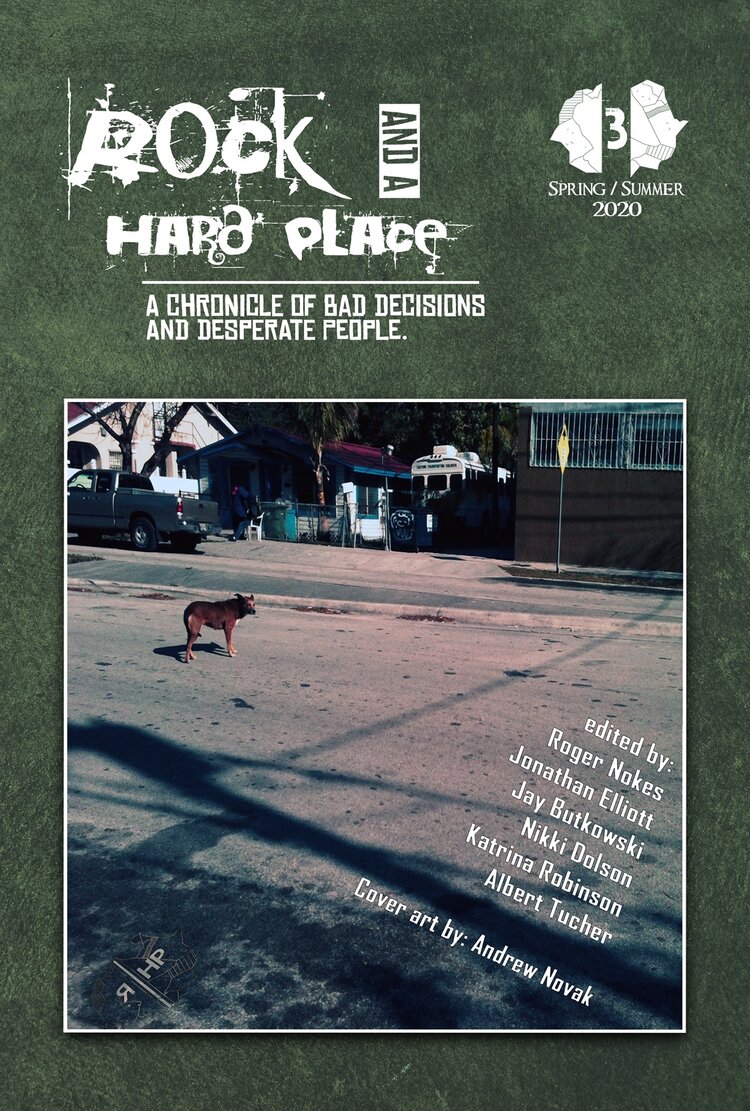 My friend (and Dokusou Ediciones stablemate) the great Murcian writer Sergio Reyes has been creating a series of literary puzzles; he recently did one about me and, as I discovered once I solved it, about one of my stories. You can find it here, along with the game rules (en español). 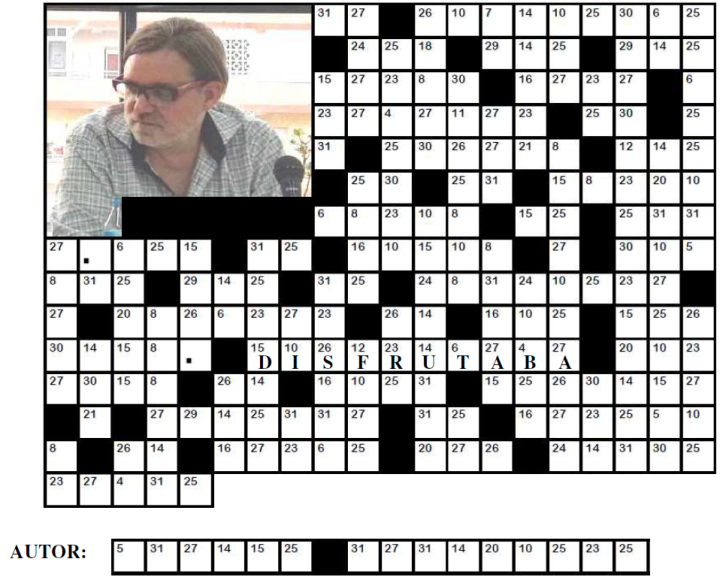 Robot #89 is now available from Delos Digital; it includ

In 2019, I was still headquartered at Timberhouse in Ottawa. In Canada, I visited Hamilton, Toronto, and, several times, Montreal. I went to Europe twice, each trip built around a book release. Near the end of the year, I spent a week in Austin, Texas.

I had two new stories published. (More were scheduled, but there were publication delays.) “The Bored and the Stiff” appeared at Daily Science Fiction, and “A Jade Superfox Adventure” closed off the anthology Strange Stories Volume 1 from Forty-Two Books.

Stories sold but not yet published include two episodes of my alternate-history espionage serial Chronicles of the Second Global War: “The Utopian Front” in Stupefying Stories and “The Golem with a Thousand Faces” in Other Covenants: Alternate Histories of the Jewish People, edited by Andrea D. Lobel & Mark Shainblum. 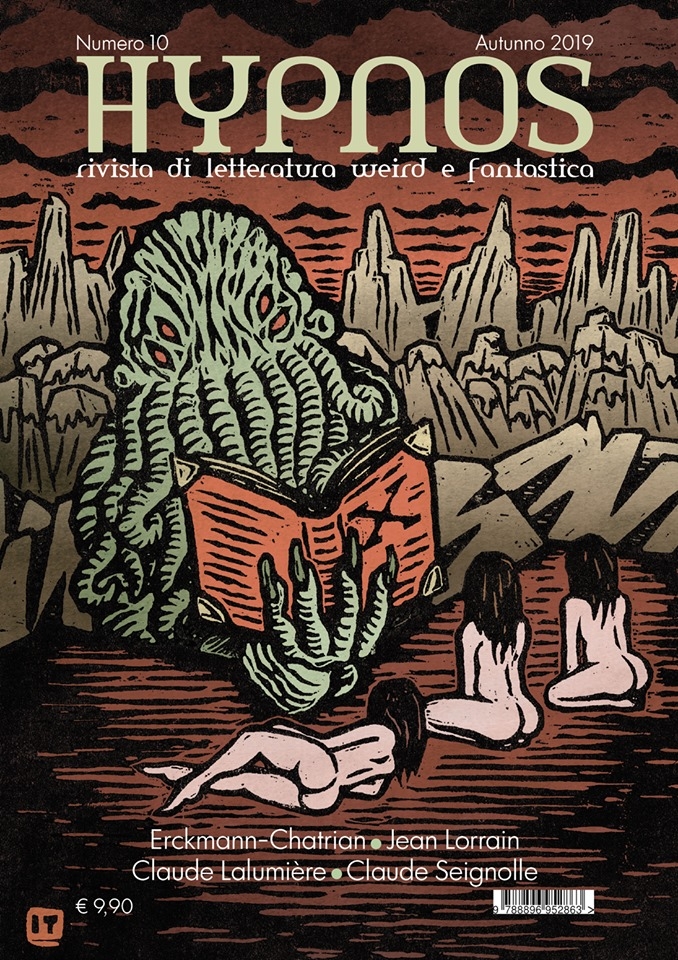 It was a very busy year for translations. In Spain, Dokusou Ediciones published La Puerta de Páginas Perdidas, Aurora Carrillo’s translation of my 2011 mosaic novella The Door to Lost Pages. The book launched in July at Celsius 232 in Avilés, where I was a guest. In Italy, Watson Edizioni published Sognando Venera, Stefano Paparozzi’s translation of my 2017 mosaic Venera Dreams: A Weird Entertainment. The book launched in October at Stranimondi in Milan, where I was also a guest. Other Italian publications included a “L’oggetto di venerazione” (translation of my 2007 story “The Object of Worship”) in Hypnos #10 and a reprint of “Il trattamento etico della carne” (a translation of my 2002 story “The Ethical Treatment of Meat”) in Storie dal domani 5: I migliori racconti di Future Fiction 2018. Also in Italy, but in the original English, “The Ethical Treatment of Meat” was reprinted in World Science Fiction #1: Visions to Preserve the Biodiversity of the Future from Future Fiction. My eighth translation in the Québec SF journal Solaris appeared this year in #210, by my usual translator, Pascal Raud: “Moins que Katherine” (“Less than Katherine,” 2015). For the first time, my work appeared in Romanian: “Maxim Fujiyama și alte persoane” – Milos Dumbraci’s translation of my 2014 story “Maxim Fujiyama and Other Persons” at Helion Online #97 (a special all-Canadian issue).

Other translations are in the works. The Spanish and French-language editions of Venera Dreams: A Weird Entertainment from, respectively, Dokusou Ediciones and Alire. Edizioni Hypnos is preparing a best-of volume of my weird fiction for the Italian market. And Solaris still has the translation of “The Quantocorticoid Effect” (2016) in its production queue.

On the podcast front, Tales to Terrify broadcast Heather Thomas’s performance of my 2010 story “All You Can Eat, All the Time” and, for fun, I recorded a 21-episode Nocturnes reading series on YouTube. Still forthcoming on the podcast front is “Spiderkid” (2007) at GlitterShip.

My first European trip of the year was in summer, a rather epic voyage that began in Spain (Murcia, Madrid, Avilés, Bilbao, and Donostia), segued into France (Hendaye, Bordeaux, and Lille), continued to London, and ended on the Emerald Isle (Dublin and Belfast).

In Murcia, I met the Dokusou Ediciones crew, and we settled on Venera: Sueños mediterráneos as the translated title of my next book in Spain. In Madrid, as usual, I hung out with my friend Lawrence Schimel. In Avilés, the Dokusou crew and I launched La Puerta de Páginas Perdidas at Celsius 232 to a standing-room-only crowd. I managed to do most of the presentation in broken Spanish, much to the audience’s amusement. In total I spent two weeks in Asturias and Basque Country, where I greatly enjoyed the cider. Spanish sidra from the north of Spain is the best cider in the world. Heaven for a cider enthusiast like me. In Bilbao, my original Spanish translator, Arrate Hidalgo, took me to a fantastic vegan pintxo bar called Tirauki right in the heart of the pedestrian city centre. A gem of a place. Amazing food, great sidra, and a happening ambiance. My stay in Donostia (where my host gifted me a couple of bottles of her family’s organic sidra) coincided with the jazz festival. John Zorn was the guest of honour, and one evening I went to see one a performance of his Bagatelles: seven different ensembles – kicking off with Masdada and then ranging from chamber music to punk – playing a variety of short pieces from Zorn’s catalog. 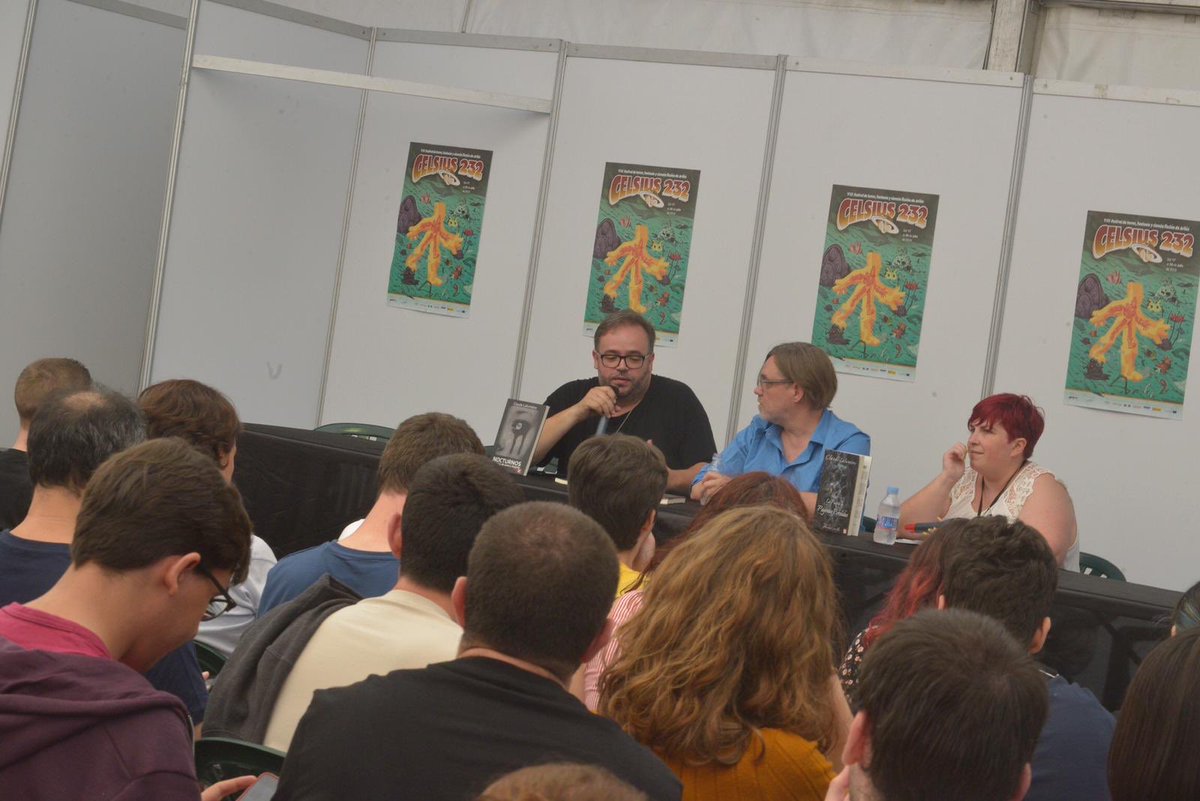 Since, a few weeks later, I was going to WorldCon and Eurocon, both on the Emerald Isle, I stayed in Europe. I touristed a little in France, then made my way to London, where Zandra Renwick joined me; we had a fantastic time with many friends, including fellow Canadians but long-time Londoners Geoff Ryman and Judith Clute (two of my favourite people in the world).

After a week in London, we made our way to Dublin for WorldCon, where I helped launch the Future Fiction anthology World Science Fiction #1: Visions to Preserve the Biodiversity of the Future with editor/publisher Francesco Verso and fellow contributor James Patrick Kelly. The following weekend we ended our European adventure with Eurocon in Belfast, where I was on programming.

A few days after my return, I zipped over to Hamilton, Ontario, to read from Venera Dreams: A Weird Entertainment at LitLive.

October saw me return to Spain (Granada, Murcia, and Barcelona) and then take a boat to Italy (Rome, Milan, Civitanova, Ancona, Venice, and again in Rome). In Granada, I visited with Violette Malan and Paul Musselman, who recently moved there from Canada. It was my first time in Granada, and I was completely charmed. A gorgeous city. In Murcia, I was a guest at La Feria del Libro, to promote La Puerta de Páginas Perdidas. My proudest accomplishment there was that, for the first time, I performed a story in Spanish. I spent much of last year learning the language; although I’m not exactly fluent, I’m certainly able to read from my own work, and on this trip I spoke Spanish almost the entire time. Next, for a few days, I went to the greatest city in the world, Barcelona, where I had booked a ferry to take me to Italy. 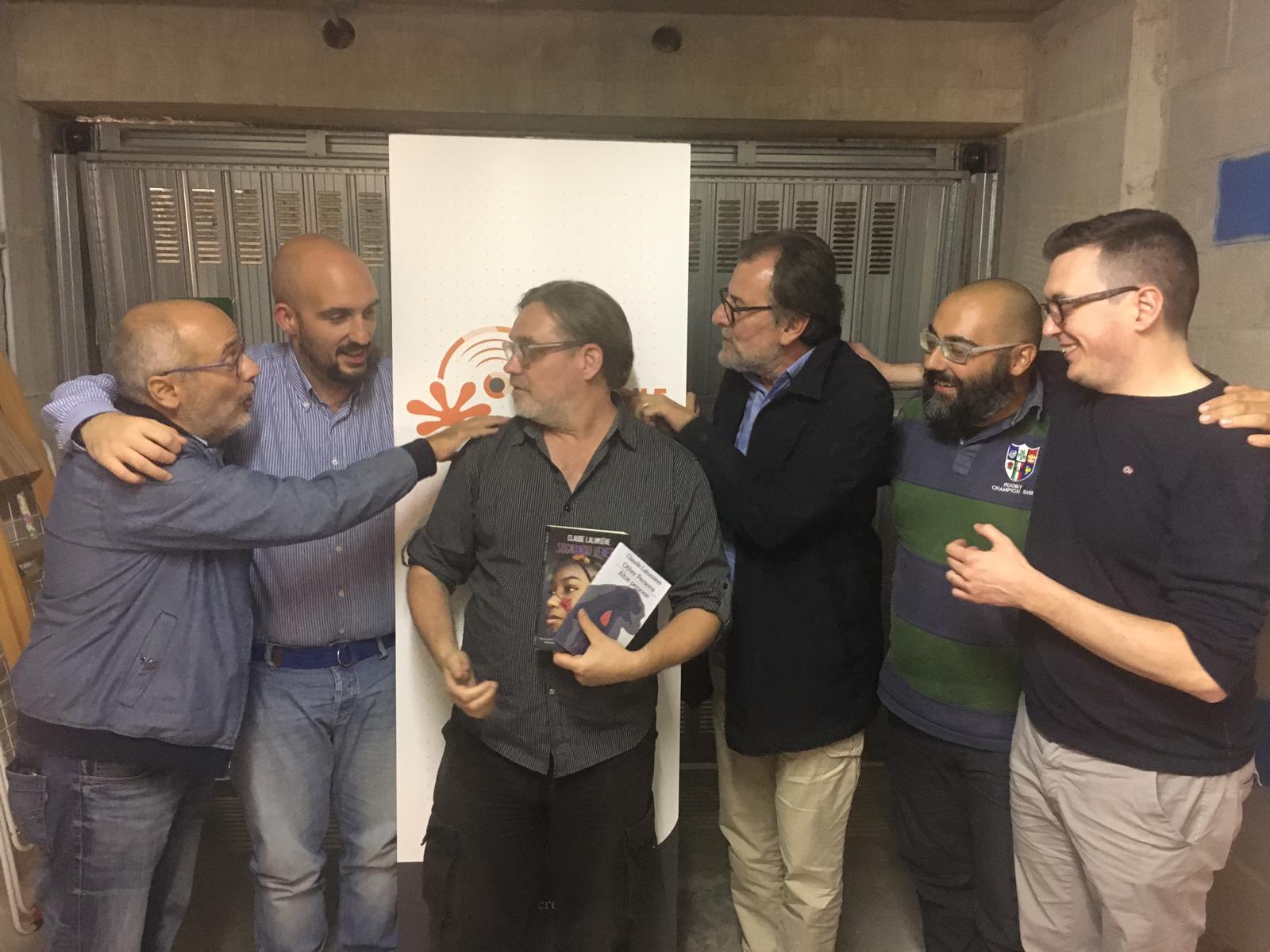 With the gang from Radio Incredibile in the Ancona region

In Milan, Italy, I launched Sognando Venera at Stranimondi. Then, with my spectacularly awesome Italian agent Luca Pantanetti of Scriptorama and my good buddy Roberto Fogliardi, I visited the Ancona/Marche region for the first time, where I had several events to promote Sognando Venera. I managed a little bit of Italian (having both French and Spanish helps a lot!), but I’m hoping to learn the language more in the coming year. Next on the itinerary was Venice – a city deeply connected to Venera Dreams – where my Sognando Venera translator, Stefano Paparozzi, introduced me to aspects of the city I had not yet discovered. I ended the trip in Rome, where I hung out with my Italian publishers Ivan Alemanno of Watson Edizioni and Francesco Verso of Future Fiction. Francesco asked to collaborate with him on a new project – more news on that in the coming months.

My first two books – Objects of Worship (2009) and The Door to Lost Pages (2011) – went out of print in the spring, a few months before their publisher, CZP, was brought down by a tsunami of scandal. CZP and I had parted ways back in 2011. The testimonials by many of those affected were moving, disturbing, and often harrowing – and often mirrored my own experience.

What’s coming in 2020? In May, in Toronto, I’m scheduled to participate in a symposium on the work of my good friend Michael Mirolla. I plan to attend Can-Con here in Ottawa in October, where something is planned for authors orphaned by the CZP fiasco. My two CZP books are likely to be part of an ebook bundle of former CZP titles. I’m also expecting to return to both Spain and Italy – because there’s so much happening there for my fiction, but also because I love those two countries for the food, the climate, the architecture, the people, and, of course, the Mediterranean. It’s always such a pleasure to reconnect with my Mediterranean friends. I’ve long felt a deep connection to the area, and it means a lot to me that my life and work are so connected to that region now.