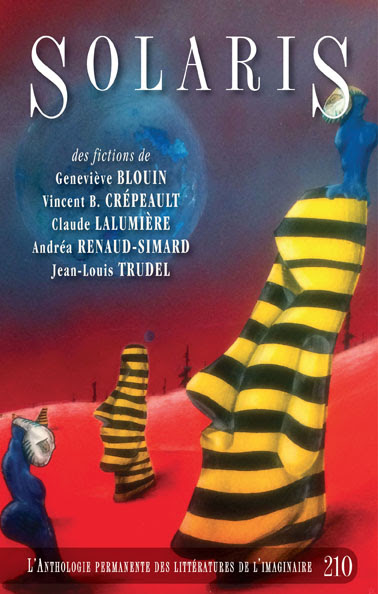 On 1 September 2019, I’ll be appearing at Lit Live in Hamilton, Ontario. More details in the coming months!

Heather Thomas performs my 2010 story “All You Can Eat, All the Time” as part of Tales to Terrify #365 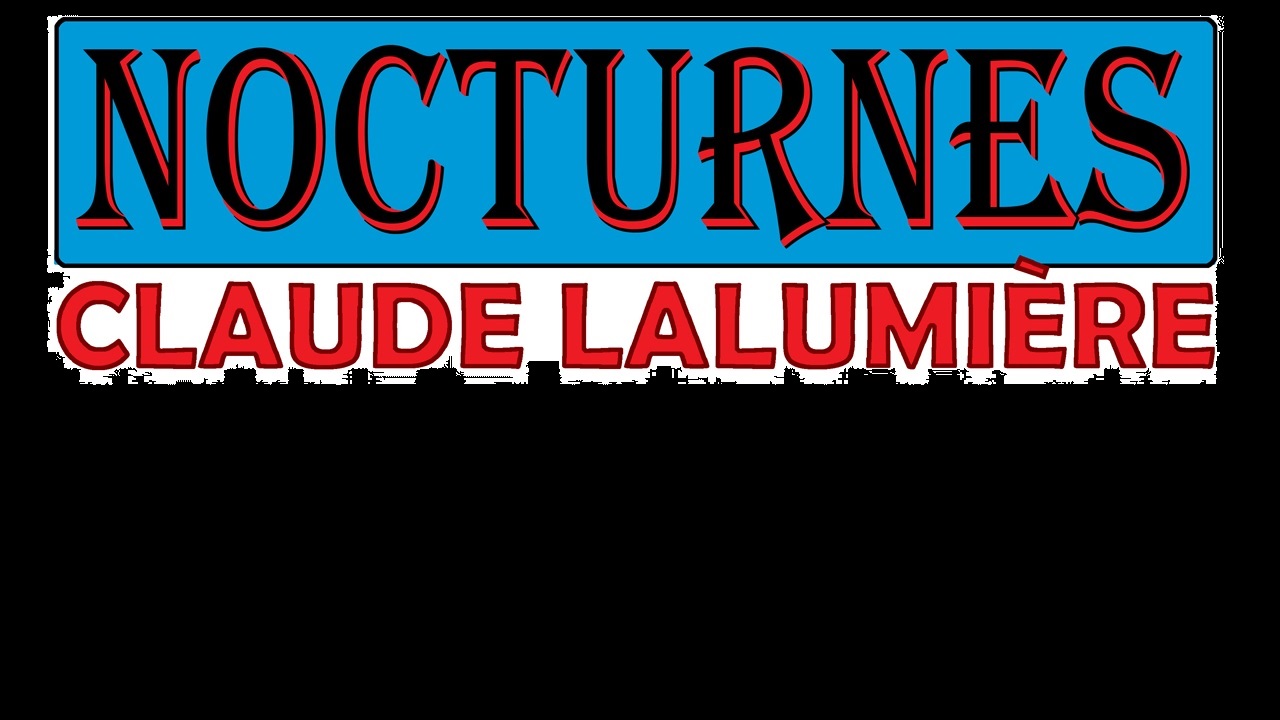 premieres today. Here’s the full schedule for the 2019 season:

In 2018 I continued to be happily headquartered at Timberhouse in Ottawa. I visited Montreal regularly, for both professional and personal reasons; Zandra Renwick and I took brief holidays to Niagara-on-the-Lake, Vancouver, and Montreal; and I went to Europe twice – with both trips built around book events for works of mine translated into Spanish and Italian. 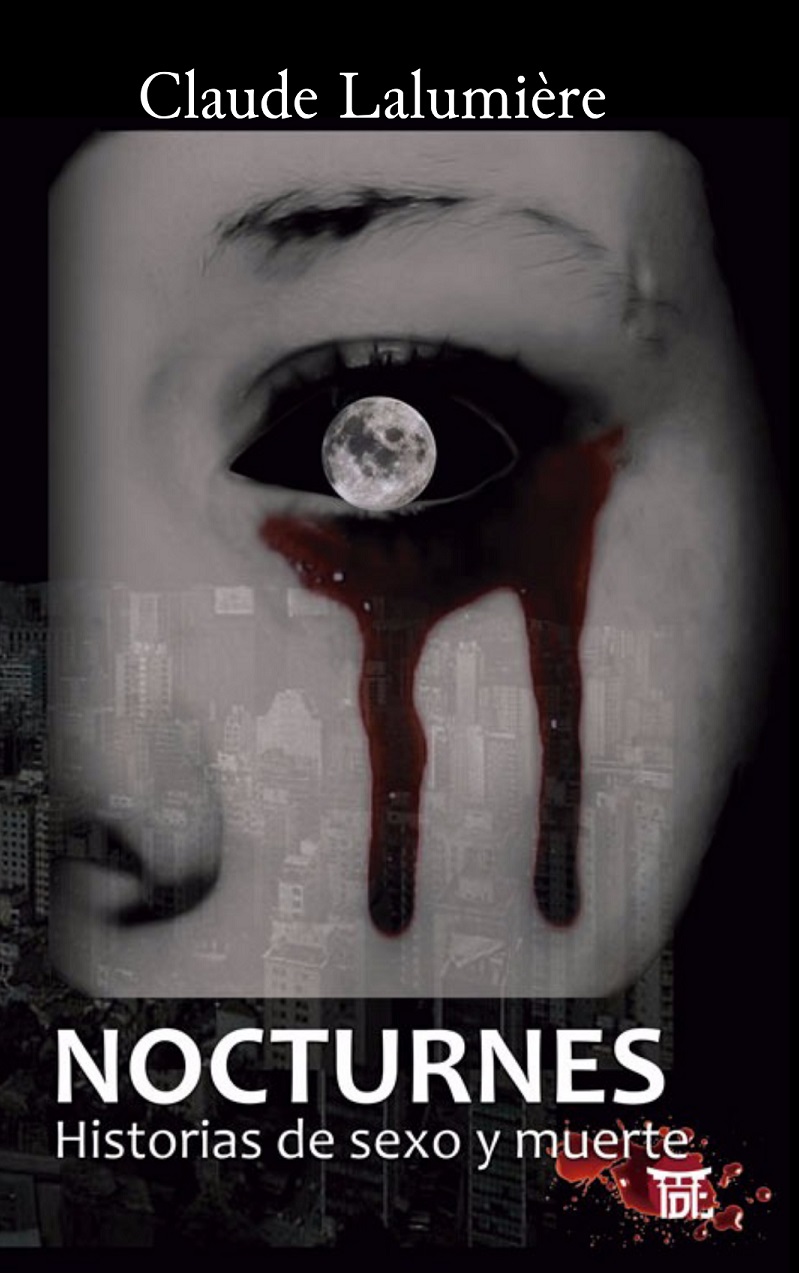 My first European trip was in the spring. The Italian leg of the trip started with a stay in Florence, partly to research locations for Chronicles of the Second Global War. Then I was off to Fiuggi for DeepCon 19, where I was one of the Guests of Honour and where Altre persone / Other Persons – my English/Italian bilingual collection from Future Fiction – debuted. Then we all went to Rome for a few days of pure pleasure. From Rome I flew to Spain for a five-city tour – Cartagena, Murcia, San Pedro del Pinatar, Alcantarilla, and Barcelona – of Nocturnos. Historias de sexo y muerte (the Spanish translation of my 2013 collection Nocturnes and Other Nocturnes) organized by my Spanish publisher, Dokusou Ediciones. With some of my new Spanish friends, I also spent a fun evening in gorgeous Alicante – a first taste that left me wanting more of that enchanting city (an itch I satisfied a few months later – see below). My stop in the always seductive Barcelona was all too short, and, as ever, I’m eager to return.

In Fiuggi I met Luca Pantanetti of Scriptorama, who soon after became my Italian agent – and promptly sold two books of mine to two different Italian publishers (more info on that in the coming months) and another story to a literary journal of weird fiction (again, more details about that soon). I got to hang out more with my Future Fiction publisher Francesco Verso (whom I’d met for the first time in at Eurocon 2016 in Barcelona) and also got to know a huge number of fascinating and fun people, several of whom have become friends, including most especially the gang from the Ancona region. This was my fourth time in Rome, and, although I loved Rome from my first stay in 2006, this was the visit that made me fall in love with the city. I clicked with Rome more than ever, helped somewhat by now having a handful of Roman friends, which allowed me to explore the city more deeply, and also helped by the companionship of my travel buddy and fellow language enthusiast Rich Larson. 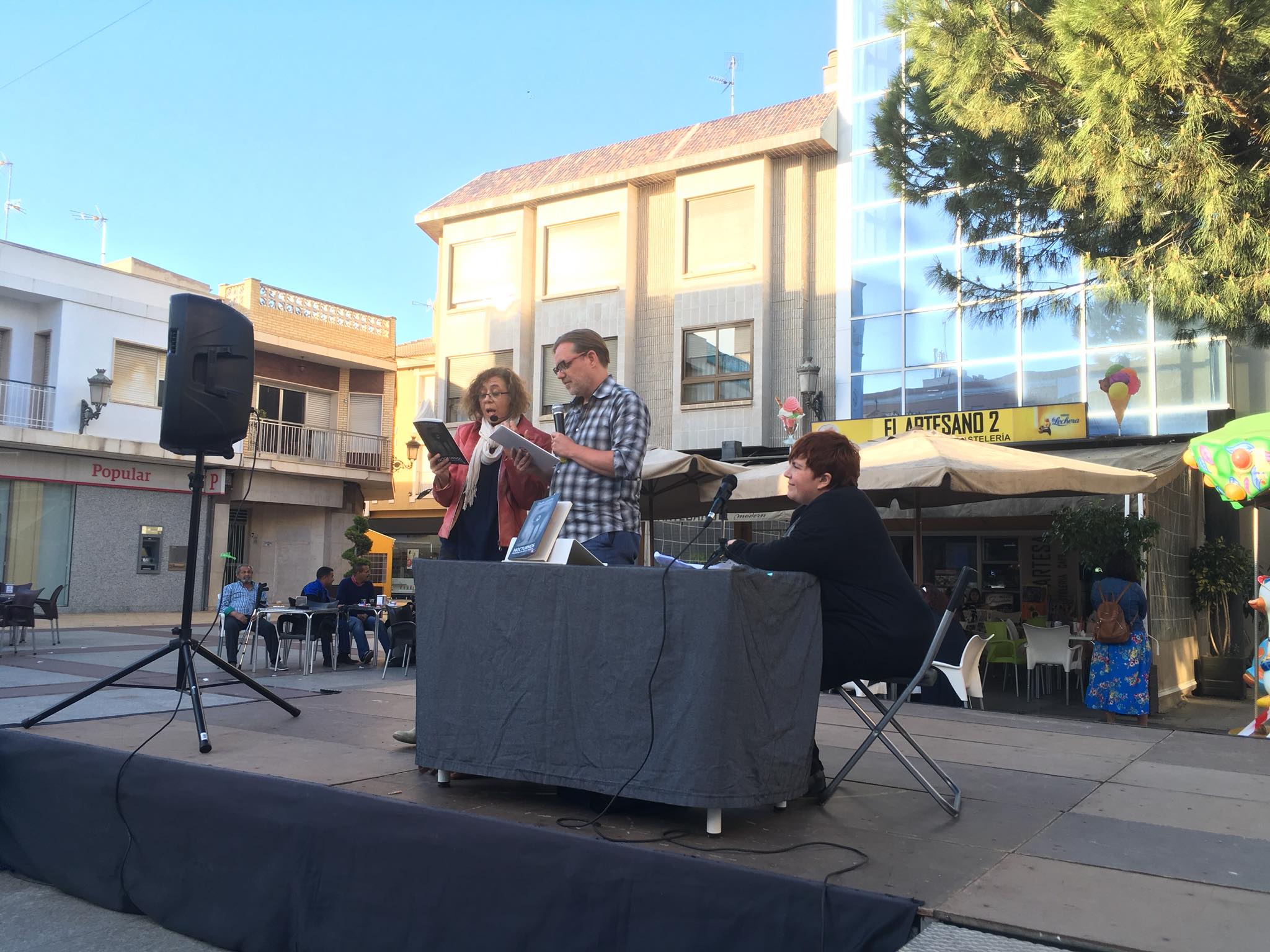 In Spain I finally met in person the people behind Dokusou Ediciones, including several of my fellow Dokusou authors, and they were all them exceptionally welcoming, warm, and energetic. The crowds at the four stops of the Nocturnos tour in the Murcia region were curious, engaged, enthusiastic, and inquisitive, which made for extremely stimulating events. Since at that point in the year my Spanish was still very minimal, I was grateful to have my translator, Aurora Carrillo, with me for the entire tour. Also with me on the tour (except in Barcelona) was Carmen Navarro of Teatro de Carmen, who performed spoken-word interpretations of some of my stories in Spanish. Twice we also took to the stage together and performed a half-Spanish, half-English reading of “The Return of the Low Bunnies” (AKA “El regresso de los conejos primitivos”). Dokusou Ediciones and Teatro de Carmen co-produced two art videos based on Nocturnos stories: El principio del tiempo and Viéndolo nadar.

My second European trip of the year was to Spain exclusively, in autumn, and was built around a Nocturnos event in Alicante, where my translator Aurora Carrillo, in the context of her work on my book being longlisted for the Premios Amaltea, gave a talk on translating Nocturnes and Other Nocturnes into Spanish. I joined her on stage in a supporting role, and the event was moderated by Raúl Gomez, publisher of Dokusou Ediciones. I took the opportunity to also revisit Málaga (where I was flying in and out of and where I’d stopped briefly in 2016) and to see Seville for the first time; I also stopped for lunch in Madrid (where I had to change trains anyway) to meet with my friend Lawrence Schimel. On this trip I was especially charmed by Seville. What an amazing and beautiful city! I’m already plotting ways to return as soon as possible.

With all this activity in Spain, and this abundance of new Spanish friends, I finally decided that it was time get serious about learning a third language. In summer, I started taking Spanish lessons, which I will be continuing in 2019. I’ve already seen considerable progress in my ability to grasp the language, and in fact I was able to participate during the Alicante event in substantial part in Spanish. I only needed to have things translated to me two or three times. And I expressed myself in (broken) Spanish about 50 percent of the time, but still had to resort to English or French about half the time. Comprehension is easier than expression. But I’m striving to improve. (Next up on the agenda is starting Italian classes.)

In other translation news, Galaktika published Hungarian versions of “Roman Predator’s Chimeric Odyssey” (2009; “Roman Predator kimerikus odüsszeiája” in #341, August) and “The Patchwork Procedure” (2016; “A Patchwork Eljárás” in #344, November), both translated by Viktor Kotun. I also sold French-language translation rights to Québec magazine Solaris to two stories, both forthcoming in 2019: “Less than Katherine” (2015) and “The Quantocorticoid Effect” (2016). The plan is for Dokusou Ediciones to continue to translate my books for the Spanish market one at a time; next up, in 2019: The Door to Lost Pages (2011), once again in a translation by Aurora Carrillo.

I also had some events in Canada, in both Ottawa and Montreal. I kicked off 2018 at Octopus Books in Ottawa, in support of my 2017 book Venera Dreams: A Weird Entertainment, in the company of my friend and colleague Michael Mirolla and his latest collection of weird fiction. In May I participated in both French and English at Boréal in Montreal, held in an intriguing venue: the Montreal Masonic Memorial Temple. At Boréal, Zandra Renwick and I held a joint reading during which we read both from our own work and from each other’s; we had a standing-room-only and extremely responsive crowd; It was tremendous fun, in no small part because of the audience’s enthusiasm. In September, for the second year in a row, I was a presenter at ALSO Otttawa’s literacy fundraiser, Persisting beyond Margins. This year, I spoke about and read from J.G. Ballard’s The Atrocity Exhibition. And in October, for the Ottawa leg of Guernica Editions’ fortieth anniversary celebrations, I again read from Venera Dreams: A Weird Entertainment.

Two new stories of mine were published in 2018: the SF fable “A Girl, Ablaze with Life” (in Fire: Demons, Dragons, & Djinns, Tyche Books, edited by Rhonda Parrish) and “The Fixer, the Cop, His Ex, and Her Killer” (in Baby, It’s Cold Outside, Coffin Hop Press, edited by Robert Bose & Sarah L. Johnson), which is an episode in my noir series The Problems of Vernon Tevis.

2018 reprints included “Being Here” (2005) in the Flame Tree anthology Alien Invasion Short Stories and “Njàbò” (2003) at GlitterShip (winter), which also included a podcast performance by Leigh Wallace. I also republished a handful of stories, with a bonus essay for each story, at the online initiative Curious Fictions, but I was not satisfied with the results of that endeavour and took everything down after a few months.

In addition to items mentioned above, some of the stuff to look forward to in 2019: I will be appearing at Celsius 232 in Avilés, Spain, in July (promoting the Spanish translation of The Door to Lost Pages, which will have just been released), and there may be other Spanish events to tie in with the release (all that is still in the planning stages); Tales to Terrify will podcast “All You Can Eat, All the Time” (2010); GlitterShip will reprint and podcast “Spiderkid” (2007); Stupefying Stories will publish “The Utopian Front,” a new episode in my series Chronicles of the Second Global War. There’s more, too, but that’s all that I’m allowed to mention at this point. 2019 should be an exciting year.

Baby, It’s Cold Outside (Coffin Hop Press) — which features “The Fixer, the Cop, His Ex, and Her Killer,” a new episode in The Problems of Vernon Tevis — is now available in paperback and ebook 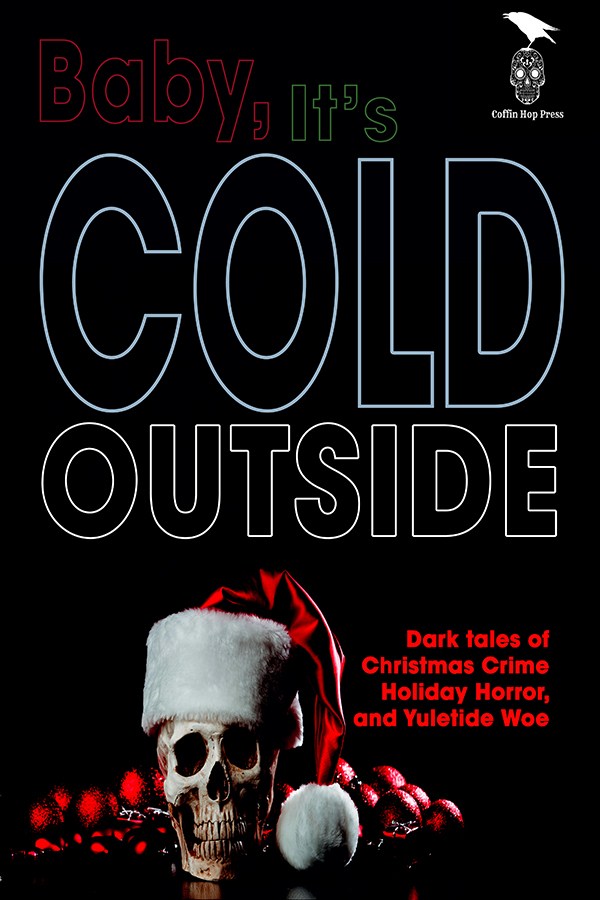 My 2016 story “The Patchwork Procedure” is now available in Hungarian translation, in Galaktika #344 (November 2018)

Tonight, I will be reading from Venera Dreams: A Weird Entertainment as part of the festivities for Guernica’s fortieth anniversary at the KPMG Boardrooms, 18th Floor, 150 Elgin Street, Ottawa, 5:30 PM – 7:30 PM. 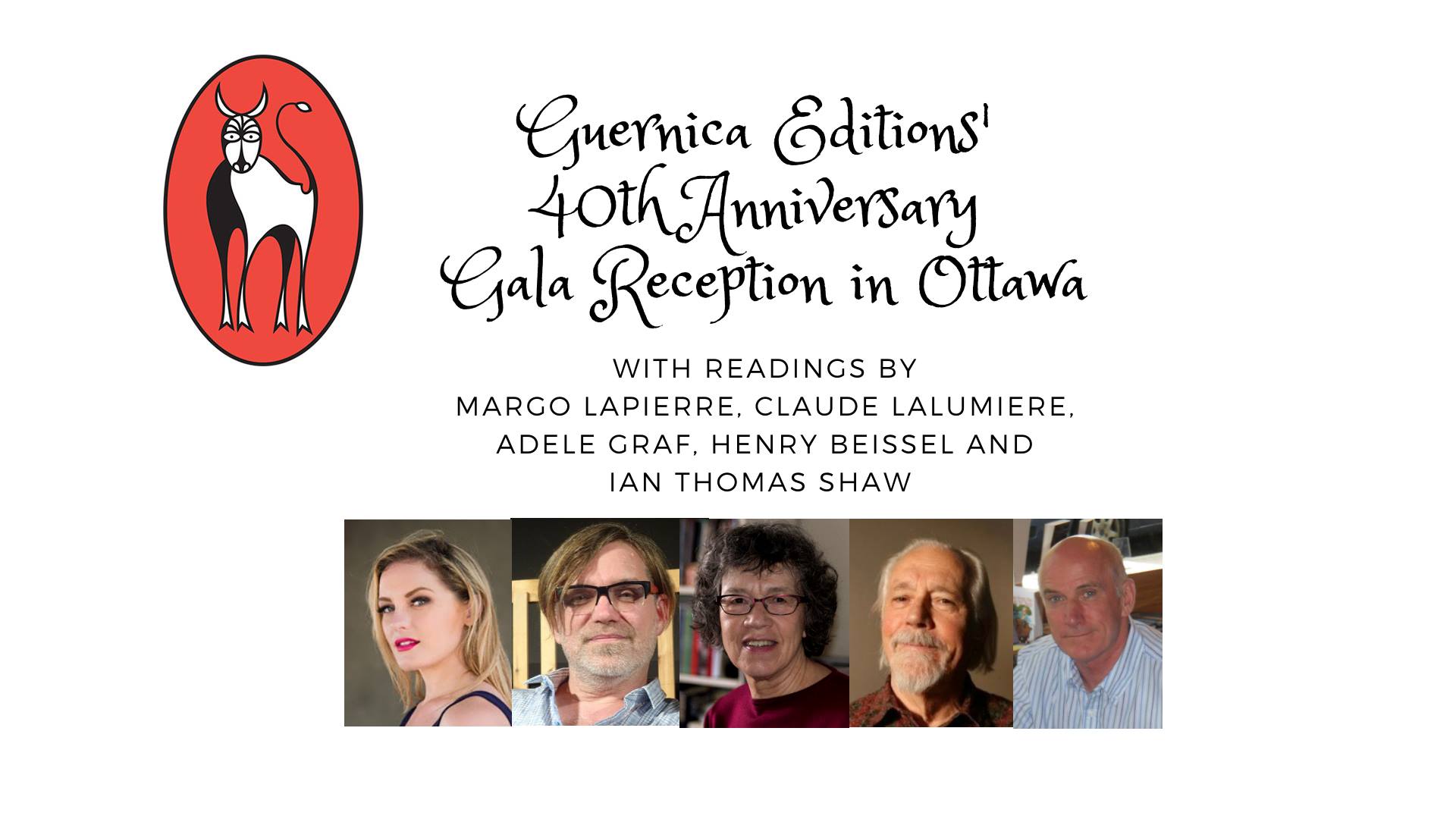