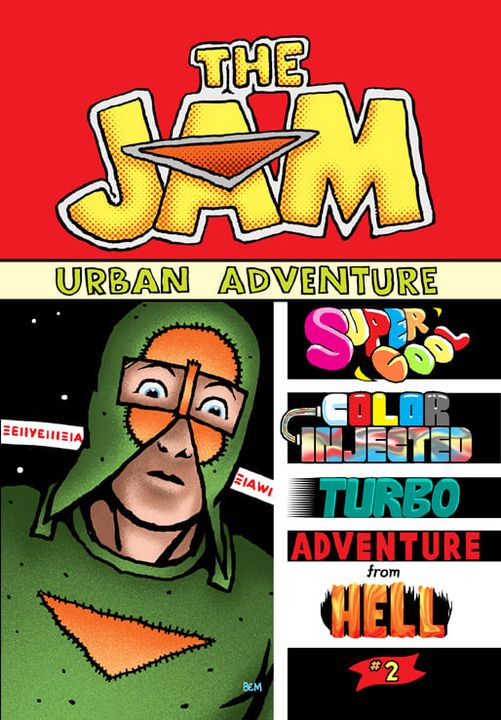 1988’s THE JAM: SUPER COOL COLOR-INJECTED TURBO ADVENTURE FROM HELL by the genius cartoonist Bernie Mireault is my all-time fave single comics issue, so it was a tremendous honour for me when Bernie asked me to both contribute to and edit THE JAM: SUPER COOL COLOR-INJECTED TURBO ADVENTURE FROM HELL #2 (About Comics 2022). Ordering info (and more) in the link. The new SUPER COOL is packed with new and rare material, including a new collaboration between me & Bernie, “Avatars of Adventure: The Adept of Arcana,” and an expanded comics version of the very first prose JAM story (the original prose version originally appeared in Superhero Universe: Tesseracts Nineteen, which I co-edited with Mark Shainblum).